Karen was born and raised in Houston, Texas. She graduated from Georgetown University School of Law in 1999 and practiced labor & employment law in Dallas. She was a devout UT fan, having graduated from The University of Texas with a Bachelor of Arts degree in Political Science.

Karen became a lawyer because she genuinely wanted to help people, not for the glory or for the money. She demonstrated this over and over through her work in the community and in the local bar associations that she loved so much. She often did the job that no one else wanted and she never craved the spotlight or wanted attention for anything that she did. Karen showed up. And not just to the fun parties, although there were plenty of those. She would roll up her sleeves every chance she got, and she would encourage others to help as well. Because if you didn’t help, you could be sure that Karen would call you out about it and make you help or else you’d get the Karen-eye—a look no one wanted to receive. Karen was often blunt and had a tell-it-like-it-is-no-matter-how-brutal approach, but she was a caring soul who lived and loved to serve others, something that she carried with her even while she was battling cancer.

Karen joined DAYL as a member in 2000 and was immediately selected to participate in the 2000 DAYL Leadership Class. She served on the 2002-2004 DAYL Board of Directors through an ex officio position with the Texas Young Lawyers Association (“TYLA”). During Karen’s time on the TYLA Board, she would travel the state during the TYLA Board’s quarterly weekend board meetings, which often included a hospitality suite on Friday or Saturday night. Following those hospitality suite nights, stories about a “Dancing Queen from Dallas” would make their way back to us, and if you ever spent time with Karen on the dance floor, you know that she was definitely the Dancing Queen.

Karen served in many capacities in DAYL, but perhaps her biggest contribution was as a Leadership Class facilitator, a position she held from 2002 – 2015. Through her uncanny ability to instantly connect with people, Karen was a mentor to hundreds, if not thousands, of young lawyers in Dallas. Many of those people came to initially know Karen through their time as a young lawyer in DAYL or by participating in the DAYL Leadership Class.

Once news of Karen’s passing broke, hundreds of people flocked to Facebook to express their condolences. After all, we are self-isolating in the CoVID-19 era, and there was no better medium to pay homage to a woman who had touched so many.

In a Facebook post, Dallas lawyer, and former DAYL President, John McDowell said that he “talked her into joining [his] law firm [while] at the Red Jacket in Dallas. At 1 AM.” That law firm was Strasburger & Price, where Karen worked for a number of years before venturing out on her own.

Other Facebook posts included those from former DAYL and DBA President, Laura Benitez Geisler, who described Karen as both her “family” and a “humble leader and a faithful bar servant who worked tirelessly on behalf of the profession and community without expectation of credit or accolades.”

Former DAYL and DBA President Michael K. Hurst said that “Karen was a tremendous leader, lawyer, altruist and most of all [a] dear friend.”

Krisi Kastl described Karen as “the life of the party, always encouraging everyone to dance, especially the shy ones, the newcomers, the odd ones out.”

Dallas County Judge Tonya Parker said, “Karen will be known for many things, most notably [for] helping to launch the JLTLA Trial Advocacy Series which has helped so many lawyers sharpen their skills.”

Fifth District Court of Appeals Justice Erin Nowell said about Karen that “her absence will be profoundly felt.”

Sakina Rasheed Foster remarked “[s]erving under [Karen] during the Equal Access to Justice Campaign was an honor because I got to observe firsthand how much she cared about our community – all while being 100% real (you could always count on her to be a straight shooter at those meetings!) and bringing humor to tough situations.”

Mey Ly-Ortiz with Toyota Motor North America fondly recalled that she “made the mistake of falling asleep early at a retreat and I clearly remember [Karen] getting me up to rejoin the living room dance party.”  She further credited Karen for inspiring her “to get involved in the Bar.”

Ebony Rivon credited Karen as “one of the key reasons that I became involved in Bar service” and that she “showed me how to be a true leader.”

Andy Jones remarked “[a]t one of my first trials, she was just observing but volunteered to jump in and help me when I was in a bind. I have never forgotten her incredible generosity of spirit and willingness to support me.”

Jennifer Larson Ryback said that she “was lucky to be mentored by Karen first through the DAYL Leadership Class and then in the DBA WE LEAD Program.”

Charlie Gearing remarked that “Karen was a loving and generous mentor and servant to so many lawyers in Dallas.”

Rosanne Messineo Mills said that “Karen was the attorney and mentor that we all tried to be.”

Ethan Minshull said that Karen was his girl, even when she was yelling at him, adding that Karen was “[o]ne of the first lawyers in my career who showed me that service was a privilege, not an obligation.”

Former ABA/YLD President Lacy Durham wrote a heartfelt tribute saying that Karen was “a kind-hearted, dynamic leader, with an infectious personality, who was hands down the life of the party” and that “Karen taught me to be a humble leader; give selflessly; master the art of knowing people, and to always have fun.” She further credited Karen for “pav[ing] the way for me, as a Black woman, to be a bar leader at the highest levels.”

Karen had countless of other friends and loved ones who expressed similar sentiments, including her fellow DAYL Leadership co-chairs Robert Witte, Rob Crain, and Penny Blackwell, and her fellow Dallas Bar Association board members including Robert Tobey, Aaron Tobin, Paul Stafford, and too many more to list. J.L. Turner also penned a beautiful piece recognizing Karen and the Dallas Bar is in the process of creating a resolution remembering Karen that will be signed by the sister bar organizations in Dallas.

The outpouring of love and support for Karen is an amazing testament to the person that she was and inspired others to be. There will be a time when we can get together in person to gather and remember Karen and have a celebration of life and we look forward to raising our glass in beloved memory of our leader, our friend, our mentor, our confident, our Karen.

Until that time, anyone wishing to send her mother, Carole, a note of condolences, you may send to Carole McCloud, c/o Cherie Harris, Dallas Association of Young Lawyers, 2101 Ross Avenue, Dallas Texas 75201 or send to her directly through email to carolemccloud@yahoo.com. Because Karen’s mom took care of Karen for the past 18 months, there undoubtedly are expenses that Carole will need to cover, so anyone wishing to donate may do so through Venmo @carole-mccloud. 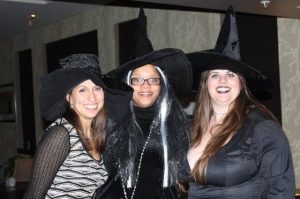 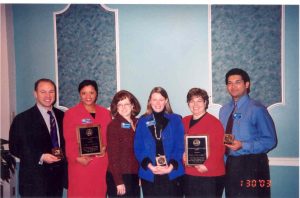 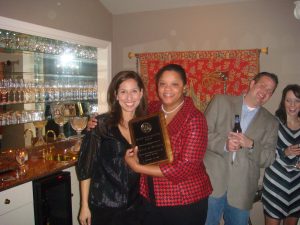 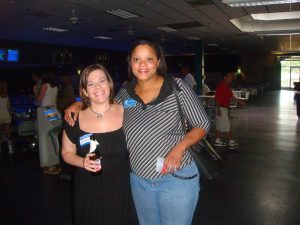 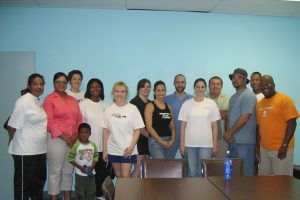 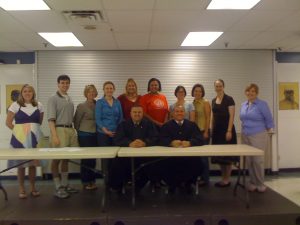 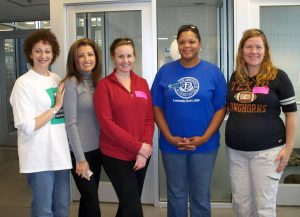 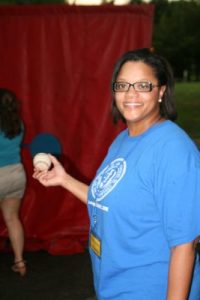 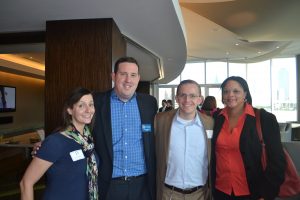 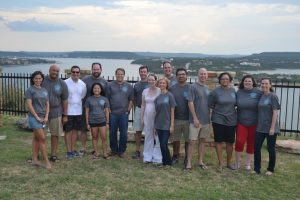 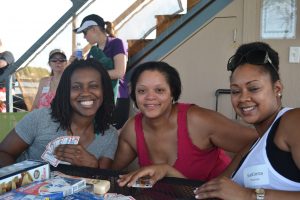 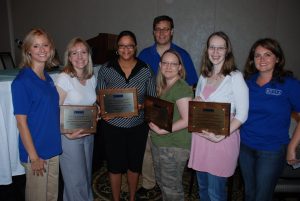 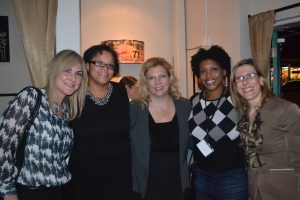 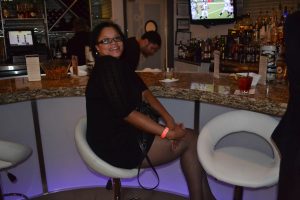 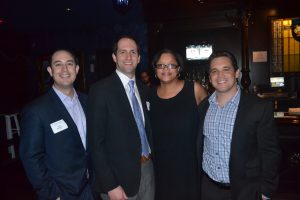 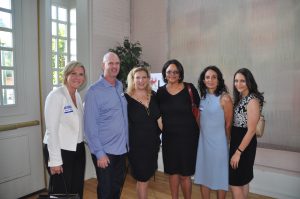 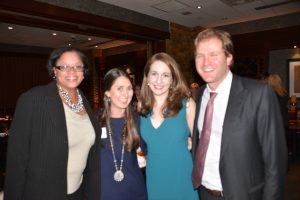 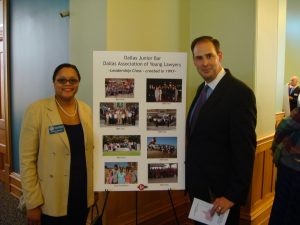 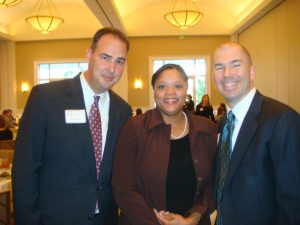 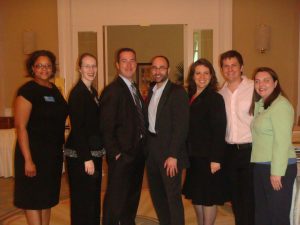 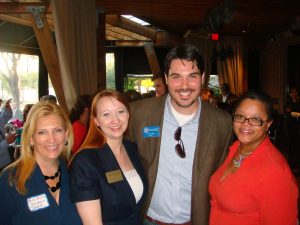 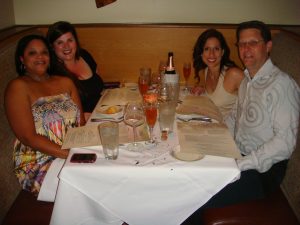 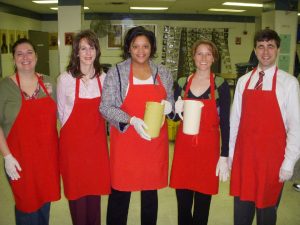 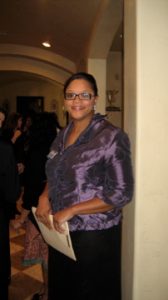 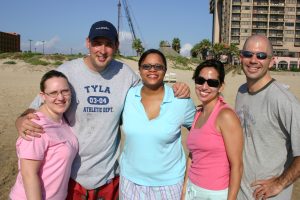 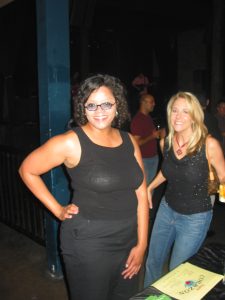