Dakota Brewer’s passion and dedication for supporting the underserved youth was cultivated at an early age. As one of seven children, Dakota grew up in Wills Point, Texas watching his father on construction sites as he completed his work as an electrician. Shaped by his father’s work ethic, Dakota attended The University of Texas at Austin to pursue a career in dentistry but ended up graduating with a Bachelor of Science in Corporate Communications after leaning into his interests: writing and research.

While still claiming his Longhorn roots, Dakota graduated from Texas A&M University School of Law with honors, where his classmates and peers describe him as a well-liked and well-respected individual. During his time a Texas A&M, he was a Notes & Comments Editor for the school’s flagship journal and a teaching assistant. Furthermore, he spent many hours working at the Texas A&M’s Community Development Clinic, which is a transactional real estate, nonprofit, and public advocacy clinic that works on a range of legal issues related to promoting community development through social entrepreneurship, affordable housing, and community advocacy. While in the clinic, Dakota focused on landlord-tenant issues and helped landlord associations implement new policies to work with tenants rather than resorting to the common legal remedies and generally informed tenants of their rights. Along with partaking in school organizations, he also served as the Vice President of Presenting Legal Activities to Youth (P.L.A.Y).

During law school, Dakota worked in-house for a large commercial construction and architecture firm where he was reintroduced to the construction industry through a legal lens. He is currently a member of Winstead’s Construction Practice Group. His practice includes construction litigation, complex commercial litigation, and contract drafting and negotiation.

This past July, Dakota took the lead on organizing and executing the DAYL Lawyers Serving Children Committee’s first school supply drive for the students of E.B. Comstock Middle School. Dakota’s enthusiasm for this project played a major role in collecting over $2,000.00 worth of supplies. The DAYL Lawyers Serving Children Committee is elated to have Dakota on their committee and looks forward to having him continue exercising his passion.

When Dakota isn’t busy making strides for the next generation, he is spending time with his high-school sweetheart Claire, participating in his church’s activities, listening to Texas country music, and golfing. Congratulations on being this month’s One To Watch! 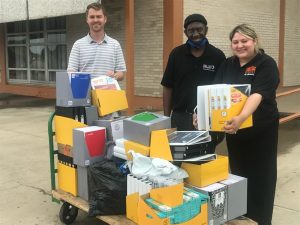 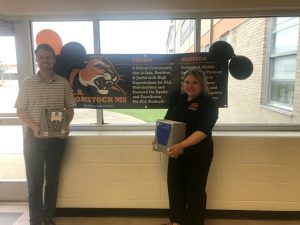 View all our Ones to Watch